Aluminum prices is accelerated，wait for the better performance 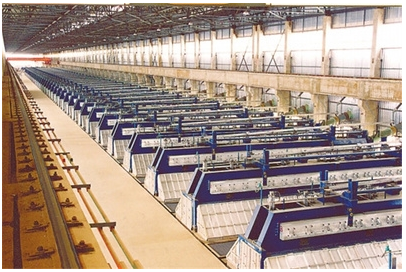 Considering the price of aluminum has entered a rapid rise in the channel, the performance of the company is expected to accelerate the release, raised the 2018/2019 pre EPS to 0.58/0.68 yuan (0.41/0.48 yuan), the corresponding target price raised to 15.7 yuan (corresponding to 27 times 2018 PE), to maintain overweight rating.

Net profit by 188%, performance in line with expectations: the company announced revenue / 2017H1 owned by the parent net profit of 101.1/1.5 billion yuan, respectively, up +42.2%/+187.7%, performance in line with expectations, the reporting period total production of alumina / aluminum / aluminum products processing raw 37.4/62.1/30.7 million tons to achieve full production and sales; after the announcement of the Q1 owned by the parent net profit of 120 million, net profit of Q2 for 30 million yuan, that the profit decline was mainly due to the cost of production rose significantly (caused by the high price of the stock, the power consumption of alumina - cost uplift, a rapid rise in prices of prebaked anode etc.).

Aluminum prices accelerated rise, alumina self-sufficiency rate is further improved, performance is expected to be released in full: the recent State Council explicitly required to promote the production of electrolytic aluminum reduction means for change will firmly push forward, but there are still many subsequent aspect: the capacity to enter the special checks, supervise the rectification stage is expected to accelerate, "2+26" or the actual effect of limited production far exceeding market expectations etc.. While aluminum prices have accelerated rise into the channel of the Yangtze River, the spot price has about 16500 yuan / ton rose sharply compared with the beginning of 27.8%, from the cost side, the company Wenshan two 600 thousand tons / year alumina project put into operation soon, when the alumina self-sufficiency rate will increase to about 60%, is expected to significantly enhance the ability to control costs. Rapid rise in aluminum prices superimposed cost decline is expected in the second half of the company's performance is expected to accelerate release.