As a light metal alloy, aluminum alloy is incorporated into magnesium, silicon or other metallic elements. Aluminum itself is electrically conductive, and its conductivity is ranked fourth in the metal, and the conductivity is good. Some people say that because of the addition of alloying elements in aluminum, industrial aluminum profiles are not electrically conductive. This statement is wrong. Although alloy elements are added to the aluminum alloy, most of them are aluminum and have little effect on conductivity. 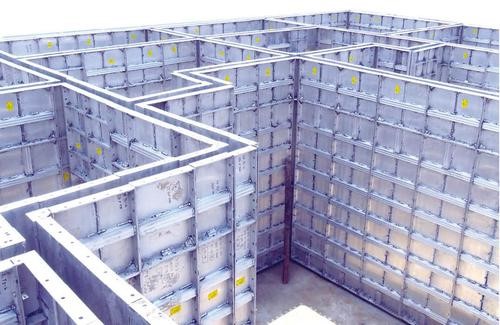 
Most of the excellent properties of the oxide film, such as corrosion resistance, wear resistance, adsorption, and insulation properties, are determined by the thickness and porosity of the porous outer layer. However, the two are closely related to the anodizing conditions, so a film layer that satisfies different use requirements is obtained by changing the anodization conditions. Film thickness is a very important performance indicator for anodized products. The value of the film directly affects the corrosion resistance, wear resistance, insulation and chemical coloring ability of the film. In a conventional anodizing process, the film layer thickens with time. After the maximum thickness is reached, it gradually becomes thinner as the treatment time increases, and some alloys such as AI-Mg and AI-Mg-Zn alloys are particularly noticeable. Therefore, the oxidation time is generally controlled within the maximum film thickness time of the crucible.


Someone has to say that aluminum alloy can form a natural oxide film even in the air. Why are aluminum profiles that are not anodized conductive? The oxide film formed naturally is very thin, and the film thickness is not uniform, which does not function as insulation. There are also chemically oxidized aluminum profiles, and the film thickness is only 3~5μ, which is also electrically conductive. If the material is required to be electrically conductive, chemical oxidation may be used to prevent corrosion.