Electrochemical surface treatment, also referred to as anodising, is a process of increasing the natural oxide layer formed on the Chinese aluminum extrusion surface when it comes in contact with oxygen. 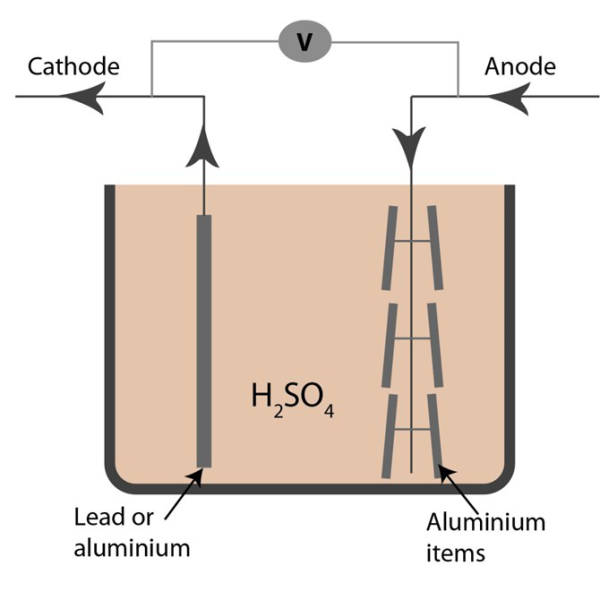 The oxide layer is increased by means of electrical current, which makes the aluminium surface more durable. It is possible to use anodising for decorative purposes as well since the anodised surface can be dyed. From an aesthetic perspective, anodising preserves the metallic surface of aluminium and makes it appear more uniform.

As you can see in the accompanying illustration, an aluminium piece is lowered into an electrolytic bath and current is passed through the electrolytic solution. Aluminium here functions as the anode electrode of an electrical circuit, hence the name anodising. The electrolytic bath forms an oxide film, which, instead of being on the surface of the metal, is incorporated into the aluminium.