Trump who is the President of the United States announced on March 8th, to enact a high tariff on imported steel products and aluminum products.For the latest trade protection measures, the government will be a negative impact on the global economy,aluminium pipe manufacturers and the multilateral trading system.The high tariff measures has been widespread opposition to the domestic and international society. 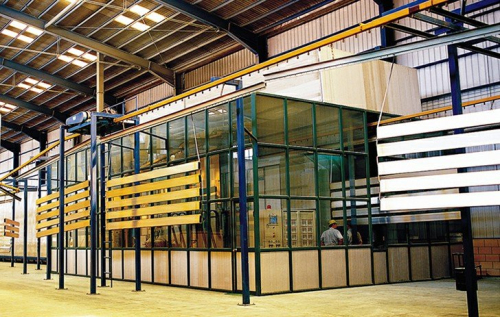 the us steel tariffs with what character, how?

Trump finally decided to , through tariffs to restrict imports, and he decided to the tariff rate is higher than the ministry of commerce of suggestion. Due to the US, Canada, Mexico are to renegotiate the north American free trade agreement, Canada and Mexico will temporarily exempt, but don't rule out the possibility of one thousand negotiations failed to cancel the exemption.At the same time, other economies can also apply for exemption from customs, but decision-making power in the United States.

The government of trump met with strong opposition in the domestic. In the past few months, the White House national economic council director trump Cohen has been trying to defy the tariffs, Cohen finally resigned, also highlights the trump economic policy team serious internal divisions.

World trade consulting companies in the United States, according to a study by the new tariff is to protect the steel aluminum post, but will impact downstream industry employment, the equivalent of "1 each additional jobs will be lost at least five other jobs".

how to promote the international community the United States?

China's ministry of commerce trade remedy investigation bureau chief Wang Hejun, said the us measures on national security, reality of the line of trade protection.He said China urges the us side to respect the authority of the multilateral trading system, cancel the relevant measures as soon as possible.

Why the United States trade protection measures against?

Us the move by the domestic enterprises and the international community against the reason mainly has two aspects: first, the "232 investigation" is out of date the unilateralism of trade protection tool.

Secondly, a new trade protection measures a wide breadth.In addition to a few countries such as Canada, Mexico may temporarily to exemptions, including many American Allies, steel exports of the United States power will be significantly affected.

new tariffs have any impact on the global economy?

A Washington think tank the brooking institution, a study shows if a global outbreak of small trade war, namely tariff is increased by 10%, the most economy gross domestic product (GDP) will be reduced 1% 4.5%, America's GDP will lose 1.3%;If a global outbreak of serious trade war that tariffs increased by 40%, and the global economy will return to the great depression of the 1930 s.