How To Anodize Aluminum Heat Sink

Aluminum is a material with good thermal conductivity, so it is mostly used in the production of heat sinks. All aluminum profiles here are not only aluminum but also aluminum alloy products. Aluminum has a softer texture and is less resistant to corrosion, so it does some of the necessary surface treatment for aluminum heat sinks. Anodic oxidation is a common surface treatment.


Anodizing usually refers to the anodization of sulfuric acid, which is the process of forming an oxide film on an aluminum product (anode) due to the impressed current under the corresponding electrolyte and specific process conditions. The surface hardness and wear resistance of the alloy is improved, which expands the application range and prolongs the service life of the aluminum profile heat sink.


Also, the aluminum profile heat sink will turn black after anodization, so the anodization is also called black anode, or black oxidation. The anodizing of the aluminum profile heat sink can also increase the aesthetics of the product. Many electronic product substrate boxes are black, and the heat sink is black to form a uniform color tone and increase the aesthetics. The customer's water-cooled plate heat sink also performs anode surface treatment, especially for water-cooled plates on optical instruments such as lasers. The aluminum oxide film is porous, and whether or not it is colored, it is subjected to a sealing treatment before being put into use, so that the corrosion resistance and weather resistance can be improved. There are three types of treatment methods, namely high-temperature hydration reaction closure, inorganic salt closure, and organic closure. 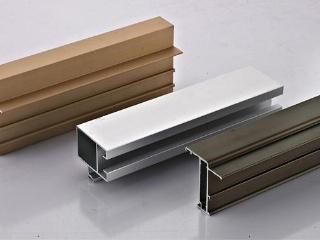 The first type is high-temperature water sealing that uses a hydration reaction of an aluminum oxide film with water to change the amorphous film into a hydrated crystalline film. The hydration reaction can be carried out at both normal temperature and high temperature, but at high temperatures, especially at the boiling point, the resulting hydrated crystalline film is a very stable and irreversible crystalline film. Therefore, the most commonly used aluminum oxide film is closed. Process or steam treatment.The second type is inorganic salt closure, which can improve the fastness of the organic coloring dye and is therefore commonly used in chemical coloring methods.The third type, organic sealing method, is the immersion, varnishing or painting of the aluminum oxide film. Because of the high cost and increased process flow, it is not used much, and the two types of methods mentioned above are used more, and the first type of high temperature is used as the mainstream.


Anodizing has long been widely used in the industry. There are many ways to name different names and several classification methods, among which the application of direct current sulfuric acid anodic oxidation method is most common because it has anodizing treatment suitable for aluminum and most aluminum alloys, which generates film layer that is thick, hard and wear-resistant, and can obtain better corrosion resistance after sealing. The film is colorless and transparent and has strong adsorption capacity and easy coloring, low processing voltage and small power consumption. The process does not have to change the voltage cycle, which is conducive to continuous production and practical operation automation. Besides, sulfuric acid has less harm to the human body than chromic acid and has a wide supply, low price, and other advantages.


In the past ten years, China's construction industry has gradually used aluminum doors and windows and other decorative aluminum materials, and their surface treatment production lines have adopted this method.